The filming for the 5th sequel of the Fast and the Furious Saga: “Fast Five” continues and here are some of the places where they were filming or about to film. Some are during the filming.. and remember some of them could not make it to the final cut as usual. Puerto Rico is supposed to be “Brazil” on the movie. (CLICK on the pictures to see them fully sized) ALL PICTURES EXCEPT THE FIRST ONE  AND THE LAST ONEWERE TAKEN BY SOUNDCINEMAS. 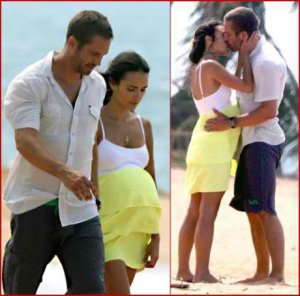 A source leaked me this picture from a Scene on the movie filmed on Piñones, Loiza.   It is the ending of the movie, according to the source. 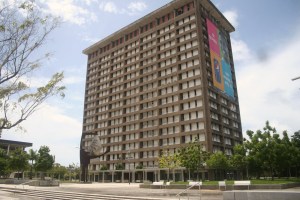 This is the Minillas Government Center in Santurce, San Juan. I guess this is supposed to be bank robbery scene that the local newspaper “El Vocero” mentioned on their article last week. I saw the movie crew setting up things on this area. So we know they filmed here. 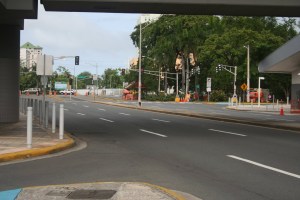 The chasing scene I mentioned on the first photograph was supposed to end somewhere around here.  I did not get closer since I heard a security guy mentioning that a Police officer smashed a kid’s Photo camera on a previous filming day. Not sure how accurate is that, but you never know.

Part of the filming will take Place at this bridge: Teodoro Moscoso Bridge on Rio Piedras towards Carolina

Also.. At the end of this article from Local Newspaper: “Primera Hora”  there’s a slideshow of the first days of the filming on Rio Piedras, San Juan. If we hunt down more pictures or news, we will update.