“Panamanian music for the whole world”

The Panamanian label Tamayo Records, and mobile entertainment distributors Binbit, announced this week the fulfillment of an alliance to launch Panamanian music in diverse nations through mobile platforms.

According to Tamayo Records, the label who possess a musical catalog of Panamanian traditional music and videos, such as accordion, violin, Mejorana, Rock, Salsa, Calypso, Mambo, Boleros, Pasillos, Reggae, and rap, their objective is not only to offer Panamanian music that it’s recognized worldwide, but also music intended mostly for Panamanians.

“Binbit is interested in offering its mobile content to subscribers, not only big international hits, but as well as music intended for local tastes, which is why this agreement is of great satisfaction for us”, said Antoni Muntaner, Chairman of Binbit in a press release.

“Initially, we have started the distribution of Tamayo Records´ music for cell phone users in Panama, but in a few weeks we will extend the distribution to other nations, among which Central America is a priority”, he added.

Muntaner also said that the music has a very important cultural value, to the extent where some nations could not be conceived without their rhythms, as in the case of Panama.

“Being in this band for the past 12 years has been a true blessing. We’ve gotten to go places we never knew we would. We’ve been able to see and experience things we never imagined possible. We’ve shared the stage with people we admire, people we look up to, and best of all, our friends. And now, like all great things, it has come time for it to end. Thanks for all of your support, and for being part of the adventure.”
My Chemical Romance 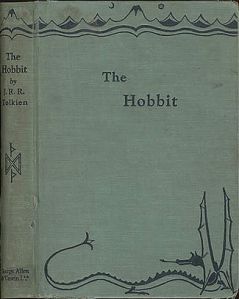 Warner Bros. announced today that “The Hobbit: There and Back Again,” the final film in Peter Jackson’s trilogy adaptation of the The Hobbit, will now be released on December 17, 2014.

According to Dan Fellman, President of Domestic Distribution,  the change from July to December, it’s a “Holiday treat” for  moviegoers.

“We’re excited to complete the Trilogy the same way we started it, as a holiday treat for moviegoers everywhere.”- Said Fellman.

“Our holiday release of the first film set a successful precedent for this wonderful Trilogy, and we’re delighted to bring it to a conclusion in the same release window.”

The film moves from its previous summer slot, and now follows the holiday release pattern of “The Hobbit: An Unexpected Journey,”  as well as the three films in “The Lord of the Rings” Trilogy. The second film in “The Hobbit” Trilogy, “The Hobbit: The Desolation of Smaug,” is next to be released, on December 13, 2013.

“The Hobbit: There and Back Again,” the final film in the Trilogy adapting  The Hobbit by J.R.R. Tolkien. The three films are prequels of  Lord of the Rings  set in Middle-earth 60 years before.   Jackson directed “The Hobbit: There and Back Again” from a screenplay by Jackson’s wife, the secreenwriter/film producer Fran Walsh  , Producer/Screen Writer  Philippa Boyens(The Lovely Bones, King Kong) , and Peter Jackson.

All three films in “The Hobbit” Trilogy are productions of New Line Cinema and Metro-Goldwyn-Mayer Pictures (MGM), with New Line managing production. Warner Bros. Pictures is handling worldwide theatrical distribution, with select international territories as well as all international television distribution being handled by MGM.